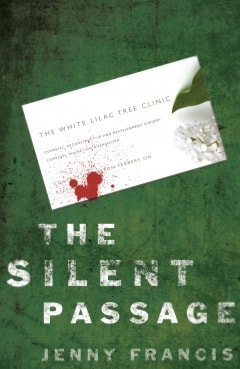 ​Detective Inspector Charlie Moon is no stranger to murder, but the case at 17 Gooch Terrace is particularly gruesome. There is no clear motive, but Moon uncovers a further four almost identical murders - years apart and spread across hundreds of miles.

With the help of his friend and journalist Jo Lyon, he begins to make some intriguing connections, but his methods don't sit well with the powers that be. Soon, he is taken off the job and assigned to investigate the lowly case of a Peeping Tom. With the murder still niggling him, Charlie Moon tracks down the stalker who has been trailing and filming a glamorous and efficient secretary who has recently moved to the area.

Further investigation leads Moon to suspect that the Peeping Tom may hold the key to more than just the Mini he drives round in - a fact that surprises the stalker as much as it does Moon. Can Charlie Moon unravel the complex case of the Gooch Terrace murder and get his career back on track? Or will the murderer strike again before he solves the crime?

​A gripping tale of murder, embezzlement, extortion and intrigue, The Silent Passage will appeal to fans of crime fiction.