Charlie Moon is back! 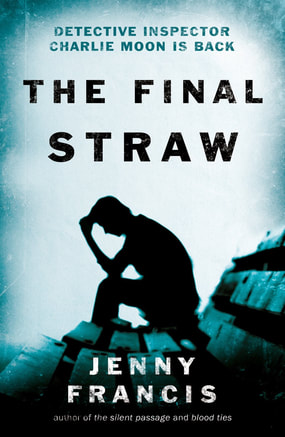 It is 2001 and Detective Inspector Charlie Moon is back with a new case!
​
A prisoner found hanging in his cell after serving over twenty years of a life sentence draws Moon into the investigation of a murder which took place in the 1970s – a student named Sharon Baxter who was stabbed to death and her body dumped at the side of a canal. At first nothing seems to make sense and the plot thickens with the discovery that all the files on the case have mysteriously gone missing leading Moon to suspect a police cover-up and implications going far beyond a simple miscarriage of justice.

Assisted once again by his journalist friend, Jo Lyon, Moon sets about following a trail of clues which soon reveal the chilling truth about how an innocent man came to be convicted of a crime he did not commit. Dark secrets from the past are uncovered as Moon and Jo piece together what turns out to be a harrowing tale of corruption and depravity stretching back many years. It is not long, however, before Moon is drawn into conflict with his bosses and he is forced to choose between yielding to their wishes to drop the case or putting his career on the line. Moon realises time is not on his side but will he discover who killed Sharon and why before it is too late? There is, however, one final twist to the story – a twist nobody expects not even Charlie Mooon!